Scott Beigle had a dream from his earliest days in college of one day beginning his own radio ministry. It would not come to pass until he was 41 years of age. In 1978 Scott received his bachelor of arts degree in broadcasting from Tennessee Temple University in Chattanooga, Tennessee. He met his wife Brenda while in college, and they were married in 1979. 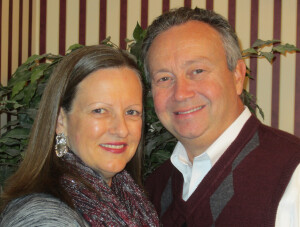 Scott and Brenda were both raised in pastors’ homes and saved at an early age. Scott has for 30 years been in Christian broadcasting, except for one 3½-year period when he served as associate pastor/minister of music for his father-in-law. As happens, the cares of life, raising and providing for a family, kept Scott from realizing his dream of a radio ministry. But at the age of 41 while living in North Alabama and working for another great broadcasting ministry, Scott believed it was time to step out on faith and attempt the desires of his heart. It was not an easy decision at a time of life when most are settling down and getting comfortable. Scott, Brenda, and their three children—Jonathan, David, and Brittany—packed up and moved to Tallahassee in August of 1997. The Beigles began to see what living by faith meant. They were living the very name of the ministry they were creating—Faith Radio.

God blessed. In two months their home in Alabama sold. In the few months before the station actually went on air, out of the Beigle’s home, much preliminary work was done while waiting on the purchase to go through. Even the children helped catalog the music on the computer and put together newsletters. Many times the Lord provided for the financial needs of the Beigles while this ministry was only in its beginning stages. In the early morning hours on October 6, 1997, the Beigle family sleepily gathered in the small studio and eagerly awaited those first words Dad would say at 6:00 a.m. on the air. Tears gratefully flowed.

Brenda has varied responsibilities at Faith Radio. She handles all of the financial matters of Faith Radio and oversees the office.

We appreciate our staff and the volunteers that regularly help in the office. We are blessed with a loyal, hard-working, dedicated group of folks that work to keep Faith Radio ministering to people.